How to Unblock Drains with Only Natural Ingredients

How to Keep Your Kitchen Sink Clean and Sanitised 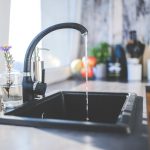 Household drains are expected to deal with a huge range of substances over the course of the average day. A kitchen sink, for instance, has to process huge amounts of grease and food. A bathroom drain, on the other hand, has to cope with soap suds, grime and hair several times a day. So it’s not surprising to see these essential drains becoming blocked on a regular basis.

The next time you notice a blocked drain in your home, don’t call out expensive plumbing services, and resist the temptation to splash out on expensive chemical agents. Instead, use of these natural methods to get the water flowing again.

Try to imagine all that nastiness stuck inside your drain. Now, imagine you could grease the walls of the drain. It wouldn’t be too long before the friction was reduced and the blockage started to slip away. This is exactly what you’re hoping to achieve with the use of dishwashing detergent.

If simple dishwashing detergent doesn’t work, reach for your baking soda and vinegar. These two everyday household substances react when mixed together — causing a violent reaction. It is this reaction that can force a blockage down the drain.

Start by pulling out any visible debris. The, pour a cup of baking soda down the drain, following by a cup of white vinegar. As soon as the last of the vinegar has been poured, cover the drain with a plug or a cloth — ensuring the reaction takes place inside the drain. After around 30 minutes, pour a kettle of boiling water down, and cross your fingers for success.

3. Simple tools of the trade

The simplest way to unclog a drain is often with the use of the simplest tools. If you can see the blockage, unravel a wire coat hanger, and use it to pull and prise the blockage out. If that fails, turn to a plunger. Make sure that a complete vacuum is created around the drain hole, however. In slow and deliberate movements, pump the plunger up and down. There are specialised hand-pumped plungers on the market now, which are generally more effective than the simple wooden handle design.

If everything else has failed, head to your local hardware store, and ask for a drain snake. These clever gadgets have blades that can be operated manually or with a motor, and they get right to the heart of the problem before smashing their way through it.

Just before you call in the professionals, it might be a good idea to try a little hydrogen peroxide. This caustic substance can be very effective, but it can cause serious irritation to eyes and skin, so you should always way goggles, gloves and a mask while handling it.

Pour some hydrogen peroxide into a cup, and add a tablespoon of baking soda. With the mixture still “fizzing”, pour it down the drain, and give it a few minutes to interact with whatever is causing the blockage.

Unfortunately, there will be times when nothing other than industrial equipment will remove a household drain blockage. But if you’ve tried these four methods, you’ll know that the price of hiring professionals is well worth it. 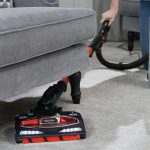 How to Keep Your Kitchen Sink Clean and Sanitised