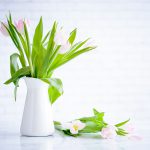 The average household kitchen has the offers mould the optimum conditions for growth. Hot and humid, kitchens that aren’t set up correctly can suffer from quite serious mould issues — many of which pose risks to human health.

Mould is a fungus which is usually black when it grows on walls. However, it is the airborne mould spores that can exacerbate allergies and cause respiratory problems. Fortunately, there are a few relatively simple ways to remove mould and prevent it from returning.

Where does mould lurk in your kitchen?

Not all mould in a kitchen is immediately obvious. It could be growing on a wall behind a cupboard, or underneath an appliance. Mould is most likely to occur on damp areas of your kitchen that are difficult to access. Particularly vulnerable are the areas where walls meet ceilings, as well as areas close to windows. Regularly checking your kitchen for mould should help you to identify and remove accumulations before they become a serious issue.

Removing mould in your kitchen

Disturbing accumulations of mould can send spores flying into the air, so it’s a good idea to wear goggles and a mask before cleaning. Also, you should ventilate the kitchen by opening all the windows and doors.

While there are some very effective mould removal agents on the market today, you can make something just as effective — and for a fraction of the price. Start by creating a cleaning solution of one part water and one part bleach, ensuring you’re wearing protective rubber gloves throughout. Carefully pour the solution into a clean spray bottle.

Very carefully spray the solution onto the affected area of your kitchen wall, making sure that you have removed all food and utensils from the area. You should notice that the black mould starts to turn into brown liquid almost immediately. Allow two minutes of contact time, and then wipe the area dry with a paper towel. Slowly move your way around the affected areas, tackling one small area of mould at a time. Also, make sure you discard each dirty paper towel immediately.

Preventing mould in your kitchen

Once you’re happy that you’ve removed all the mould from your kitchen, it’s important to put into place a set of preventative measures — otherwise you’ll be cleaning again in a few days. Ventilation is key, so use any extractor fans you have every time you cook. It’s also a good idea to open windows as often as you can, depending on the weather. If you don’t have an extractor hood in your kitchen, get one fitted above your hob and oven as quickly as possible.

It’s also important that you remove any moisture from your kitchen as quickly as you can. For instance, you should wipe up spillages on worktops and floors immediately. Also, pay extra attention to the areas around and underneath your sink.

Severe mould problems might require you to replace certain products in your kitchen with mould-resistant alternatives. For instance, there are mould-resistant plasters and paints that are very effective at keeping mould at bay in warm and damp kitchens.

If the mould problem in your home persists, you may need to try more drastic measures, such as installing a dehumidifier. Repairing faulty windows and leaking pipes may also improve the situation. And if you’re using a washing machine and dryer in your kitchen, it might be worth having them both moved to another location in your home. Other appliances that might be contributing to the problem include slow cookers, pressure cookers and steam cookers. If you regularly use these products, put them away for a week or two to see if they’re to blame.

Some kitchens will always be more prone to mould than others — particularly old kitchens or those in areas with a relatively high water table. As long as you make attempts to clean mould immediately and keep your kitchen as dry as possible, you should be able to manage the problem effectively. 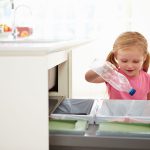 6 Ways to Entice Children to Clean in Your Home